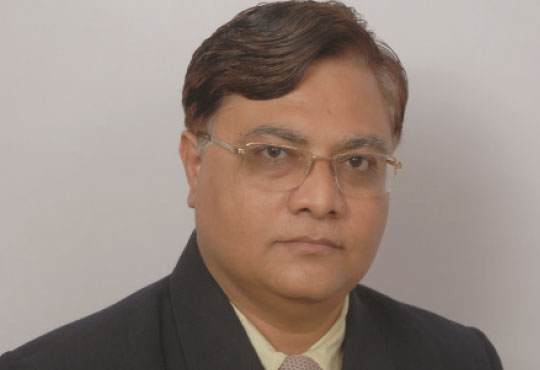 The electric energy industry is on the cusp of experiencing something that will revolutionize its business processes – machine-to-machine (M2M) technology.

So, what is M2M technology? It is a system that enables autonomous applications to "talk to," monitor and control intelligent machines that are connected to the physical world with data-collecting sensors and action-causing actuators. These central coordinating applications and talking intelligent machines form an "internet-of-machines" similar to the Internet, which is in itself, a broad network of machines (computers). The radio frequency identification (RFID) tags discussed so much lately are a good example of an M2M technology, but they are just one facet of the technology.

The ramifications of a system that enables the world’s six billion intelligent machines to communicate and adjust automatically are astounding, but most readers here probably want to know how it’s going to change the electric energy industry.

There’s an ongoing effort underway for utilities to make services more efficient by monitoring and tracking vehicle location and dispatching them based on that location information. In addition, there are initiatives to have trouble tickets entered online. That will eliminate the waiting and paperwork typically associated with filing trouble tickets. M2M technology can help these processes enormously.

Vehicle tracking for utilities involves geographic information systems (GIS). Remote assets are outfitted with a GPS device, sensors and some form of wireless transmission capability – most likely a telemetry device. The remote asset systems communicate with the GIS central information/ mapping portal. In many cases, a vehicle-in charge manager monitors this portal and directs vehicles from location to location, depending on the proximity of a vehicle to a problem or incident site. In addition, utilities can display many static items in their GIS – transmission lines, depots, transformer stations, etc. Utilities can use all of this information to plan the management and maintenance of their distribution networks. With M2M, they now can also manage mobile assets and direct them to places that need service.

There are other more specific examples of M2M technology at use in the electrical energy industry. In particular, tasks such as load shedding and improved meter-reading procedures can be accomplished through the use of an M2M system.

M2M technology can play a crucial role in the load shedding service. In a typical scenario, for example, in a large grocery store, the electric utility company will go into the store and set up devices that will measure the power consumption of individual machines or systems in various sections of the store. These devices will be set up on the freezers and refrigerators, HVAC systems and any other significant power consumption systems.

The monitoring equipment contains sensors that measure and collect data to determine the level of power consumed by each of the systems, at what times of day they are using the most power and how much they are contributing to the overall power consumption of the building. If the power company finds a machine that is a significant cause of the peak energy consumption or is a major cause of consumption during the most expensive rating period, the team can inform the store of the situation so the store can go in and adjust the operation of some of the units. This enables them to shed the load and cut some of the peak usage, which is good for everyone. Customers save the money they would have spent on peak charges, and the electric power company is not faced with the challenge of too much energy demand during peak hours.

Where M2M features prominently in the equation is in the collection of sensor data. With an M2M system in place, the power usage data collected from the machines is transmitted via telemetry to a central point, where it can be monitored through a portal. Depending on the sophistication of the system and the parameters set up by the electric company, if a machine begins to reach an excess level of power consumption, the M2M system can register that information and send out an alarm to a technician to address the situation. Or, if the system is advanced enough (featuring two-way units that can send alarms and receive commands), the M2M technology can make the adjustment to the machine based on the parameters outlined by the company.

The important thing for electric energy utilities and other companies to remember is that M2M technology has few limits. M2M is designed to allow all intelligent machines to talk to each other and adjust themselves to improve efficiencies. The resulting improved business processes are not restricted to the utility industry. They cross virtually all industries.

Eventually, it is feasible that M2M technology will filter down to the intelligent machines the average person uses on a daily basis. At that point, it will reach beyond business process improvement, and it will enter the realm of life improvement. True success in M2M will happen when it becomes pervasive – so pervasive and so integrated that people cease to notice that it’s even there. The possibilities opened up by this technology are endless, and it’s all being born and incubated in industries like electrical energy.