Cloudy Year of The Horse: A Perspective on Upcoming IT Trends 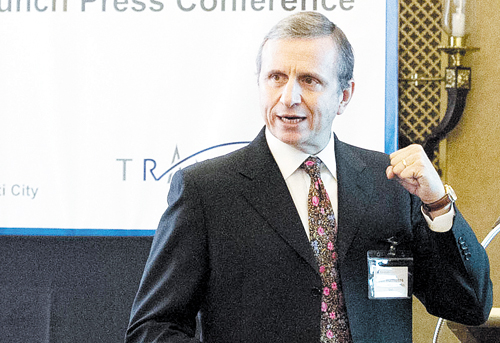 Looking back at 2013, it certainly was a momentous year for the IT landscape. The hacktivist group Anonymous increased its cyber-attacks in Southeast Asia with the government of the Philippines being its latest target. Singapore was also rocked by the 'Messiah' hacker who defaces numerous government linked websites throughout the island republic.

In addition to the evolving threat landscape, trends such as big data and cloud adoption continue to shape the way businesses run. With an eye on 2014, we have identified some of the major trends we are seeing amongst our 150,000+ international customers which seem likely to continue in the year ahead.

The Role of Virtualization Continues to Evolve in Two Significant Ways:

Continued Growth of Network Virtualization: Virtualization of server infrastructure has continued to catalyze a trend towards network function virtualization within existing frameworks where virtual security and networking appliances are being deployed to protect virtual servers and endpoints.

While some vendors are speaking of “software defined networking”, the SME segment of the market has not adopted OpenFlow and other standards for which these terms have become synonymous. Instead, they favor network function virtualization within their existing server environments.

Virtualization in the Public Cloud: We are also beginning to see virtualization extending beyond the premises towards virtualization in public cloud infrastructures such as Amazon Web Services and Microsoft Windows Azure. This past year, we have launched virtual appliances in both the Amazon and Microsoft clouds. We expect that as companies move their workloads into the cloud, the need for deployment of virtual security and networking appliances will grow.

Data growth in the cloud continues, and this drives traditional usage of in-house file share toward the cloud. Many have called this an “era of the personal cloud” and this extends to businesses. Business professionals are growing frustrated with the fact that work cloud services often tend to be worse than the personal clouds they use in daily life. Workplaces continue to struggle with keeping up with storage and data access needs.

Businesses have a pressing need to store, protect and secure their data. At the same time, the continuing data growth is driving a different level of economic and provider landscape. The demise of Nirvanix is simply one example of a change in the landscape where a stronger vertical integration across application, platform and underlying storage will be critical.

The Next Generation Firewall becomes Cloud-Connected:

Customers continue to observe and participate in cloud adoption and the latest firewalls have to cater to that. They must help organizations utilize the cloud better by optimizing network performance and prioritization for business critical cloud applications (e.g., Salesforce. com) over more casual Internet use. In addition, using the elasticity of the cloud to deliver advanced malware scanning and content security as new threats will not overburden the limited computing resources of purely on-premise devices. Finally, in today’s constantly connected world, the firewall should of course allow management from the cloud. Next generation firewalls have all these capabilities and we are seeing most vendors in the space doing similar things largely because consumers are expecting them.

Beyond social media, end user content is still affecting businesses. In addition to Facebook, Twitter and LinkedIn as potential threat vectors in the social media space, additional sources to govern include Dropbox, Evernote, and other popular mobile applications designed to improve productivity.

Despite some zeitgeist concerns over inter-government spying, uses of the cloud continue to remain very practical. The four such uses of cloud include:

• Keeping threats off your premises: Email security and web security cloud services stop threats in the cloud before they even reach the network.

• Acting as a disaster recovery site for those who can’t afford them: By replicating backup servers in the cloud, you can restore data even when your site goes down.

• Protection everywhere for your mobile workforce:

Services like Web Security provides protection for mobile users everywhere without requiring you to backhaul traffic to your site.

• An elastic security computing resource that grows as threats heighten:

Unlike pure on-premises equipment, cloud can be used to offload computationally-intensive functions from on-premises security devices. This includes a cloud-connected next generation firewall that leverages the cloud for advanced malware protection and content security.

In conclusion, it is readily apparent that the cloud is still evolving, and security needs and solutions will transform as well. It is likely that the industry will see more security applications and products developed particularly with the cloud in mind. Having said that, I look forward to see what the year ahead brings for all in the industry.